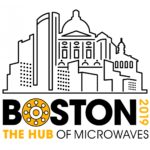 In this episode Shahriar presents an overview of a small portion of the vendors present on the exhibition floor at the International Microwave Symposium 2019. The IEEE MTT International Microwave Symposium (IMS) is the premier annual international meeting for technologists involved in all aspects of microwave theory and practice. It consists of a full week of events, including technical paper presentations, workshops, and tutorials, as well as numerous social events and networking opportunities. The symposium also hosts a large commercial exhibition. Co-located with IMS are the IEEE RFIC, IMBioC and ARFTG conferences. 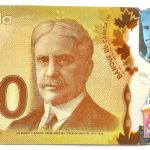 In this episode Shahriar presents 5 interesting things from around the lab! The topics range from optics to microwave components. The video is organized at follows: 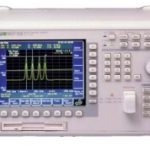 In this episode Shahriar repairs an Anritsu MS9710B Optical Spectrum Analyzer. The instrument intermittently does not boot and when it does it generates a Grating Mirror error. Some investigation reveals that the problems may simply be poor internal cabling connections which can be resolved by cleaning all connectors and re-building the unit. The LCD screen’s CCFL have also failed. An LED back-light replacement provides the screen with a vibrant and bright colors.

The unit is very compact (which is unusual for an Optical Spectrum Analyzer) and makes it ideal for bench-top working environments. The broad-spectrum built-in reference laser can be used to calibrate and align the instrument which proves to work perfectly. After calibration, a laser diode from an Agilent Lightwave Transmitter is measured. Interestingly it can be seen that the unit produces two tones at ~1nm apart which indicates the laser operates in two modes. A very interesting result given that the wavelength meter only reports one tone at the average wavelength of the two modes. 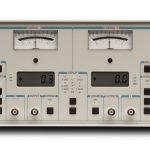 In this episode Shahriar goes over the operation and principle theory behind Lock-in Amplifiers. The SRS SR530 is one of the most iconic lock-in amplifiers ever made and since it offers two channels it can be used to perform very interesting experiments across many domains. After reviewing the block diagram and equations governing the theory of operation, a brief instrument teardown is presented.

Two unique and interesting experiments are also presented. In the first experiment the instrument is used to measure the speed of light. This is accomplished by measuring the wavelength of sound at 20kHz using a pair of speakers and a function generator. The distance between the speakers can be carefully adjusted and the relative signal strength from each lock-in channel is measured and thus the wavelength can also be measured.

In the second experiment the sensitivity of a red LED to blue laser light is measured. Due to the semiconductor composition of the red LED as well as its red plastic casing, the responsibility of the LED to blue light is extremely low. A chopper is therefore used to lock the light to the lock-in amplifier’s reference input. The measured induced current is measured down to very low optical level in the order of hundreds of fempto (10^-15) amps.

Teardown & Experiments with an HP 83475B 500MHz Lightwave Analyzer / Oscilloscope 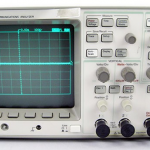 In this short episode Shahriar takes a close look at an HP 83475B Lightwave Communication Analyzer / Oscilloscope which offers a 500MHz bandwidth on both the electrical and optical inputs. The sub-sampling scope has a minor issue where the CRT brightness knob has been disconnected internally.

The teardown of the scope reveals the sub-sampling ADCs, O/E front-end as well as CRT driver circuitry. The operation of the scope is demonstrated using various electrical and optical NRZ and multi-level signals.