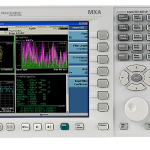 In this episode Shahriar troubleshoots a defective Agilent N9020A 8.4GHz spectrum analyzer. The instrument reports LO Unlock and refuses to perform any sweep at all. The complete block diagram of the instrument is presented with focus on the LO generation blocks.

The teardown of the instrument reveals the individual assemblies presented during the block diagram overview. After a few measurements, it is concluded that the LO Synthesizer module is faulty. The module is presented in detail and various components and signal paths are identified. Extensive measurements are carried out until the fault is traced to problems in the varactor bank of the main VCO. After the component replacement, the instrument is fully functional. The X-Ray of the synthesizer module is also presented during the repair.

Teardown & Repair of an Agilent 1169A 12GHz Smart Active Probe (And a Puzzle!) 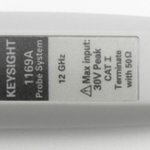 In this episode Shahriar examines a failed Agilent 1169A 12GHz Smart Active Probe. The probe does not get recognized by the oscilloscope and therefore cannot be calibrated. The instrument uses an I2C interface to the probe to download the probe’s specifications and characteristics.

The probe teardown reveals a simple I2C EEPROM IC. After removing the IC it becomes clear that the chip is damaged and must be replaced. A duplicate probe is used to copy the EEPROM data onto a new IC which revives the probe. With the help of the community, the CRC checksum code is discovered and the probe is assigned a new serial number. 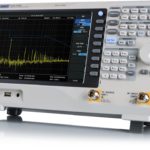 In this episode Shahriar reviews the newly released Siglent SVA1032X. The SVA series instrument spectrum & vector network analyzers are powerful and flexible tools for broadcast and RF device / system testing. With a wide frequency range covering 9 kHz to 3.2 GHz, the analyzer delivers reliable automatic measurements and plenty of features including a tracking generator and multiple modes of operation. This review is organized as follows: